I have for some time been intending to write about Leslie Bender’s show that was at Gilbert Gallery in Farmington, Connecticut this past September. The show extended into the first week of October, 2016.

Almost three decades ago, I met Leslie in Woodstock, New York when I first started going up there in 1987. I was a Workspace Fellow at the Woodstock School of Art.

Leslie had come to Woodstock via a fellowship at the Byrdcliff Art Colony but had been drawn toward the Woodstock School of Art. This is one of Leslie’s etchings from that time.

WSA is on the campus that at one time was the Art Student League’s summer campus. The beautiful buildings are made of blue stone.

Leslie had moved to Woodstock from Brooklyn via New Jersey, as I recall. She used to tell me about her college days at Bennington and about how for her being a figurative and narrative painter was apparently not encouraged by the faculty back then. So we shared that in common, our penchant for figuration and narrative painting that for us had begun in the nineteen-seventies.

I knew from the start that Leslie was an excellent painter. She had all of the elements of great painting: She could draw. She had an original color sense. And her imagery was absolutley authentic and deeply moving. (And this is true to this day. Her work has gotten better and better).

I sensed in her work  a soul struggling. Her work is the direct record of that battle. It reminds me of what Philip Guston said,”As if you had a choice in the matter. What you’re doing is trying to stay alive, and continue, and not die.”

When on August 15 of 2016 I went to her studio at the Shirt Factory in Kingston, NY to select work for her show, I was drawn to the figure compositions.

So here are some of the works that were in her show at the Gilbert Gallery: 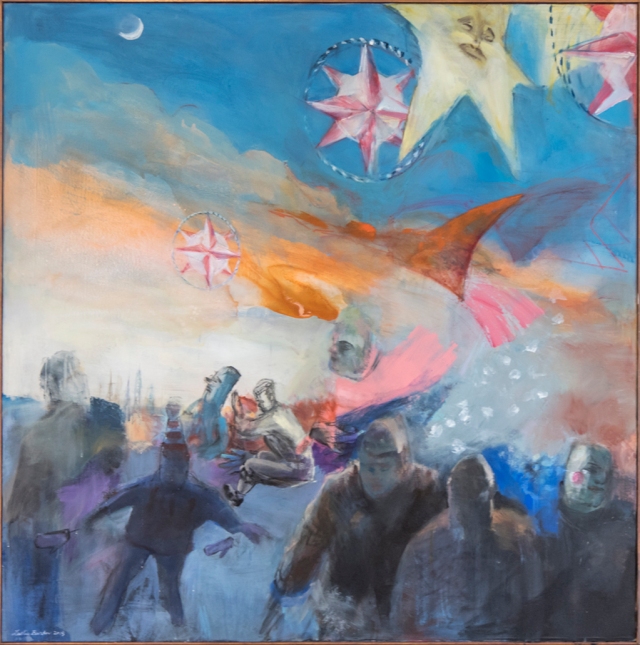 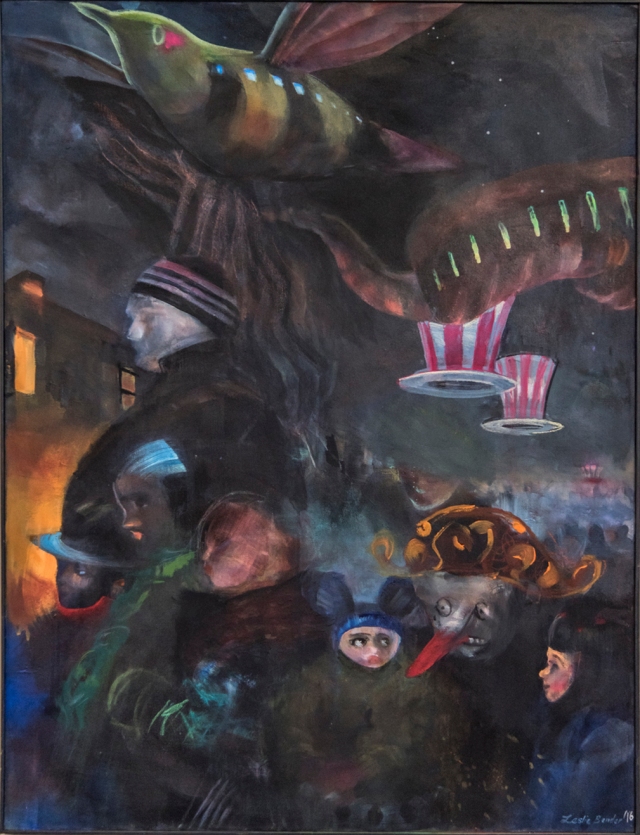 By manipulating formal paint qualities, overlapping and interrupting representational imagery with density, layering, intensity, light and darkness, I create a visual tapestry that evokes the effect old emotional content and past illusions have on our current perceptions.